ATF VS The Law Abiding Citizen

The ATF has posted the proposed new regulations concerning 80% lowers.  Go to the ATF website and leave your comments.  Here is what I left:

I’m a hobbyist gun builder.  Under current rules, regulations, Laws and amendments to the constitution I can buy an 80% or 100% (Block of metal) lower receiver and build and engrave weapons for my personal use.

Currently and voluntarily I engrave my receivers with my name, city, state, model number, caliber and serial number.  I like doing this and take pride in the fact that I built it and engraved it with my own information.  It’s always a conversation piece on the range.  Otherwise if an 80% comes engraved it’s someone else’s weapon that I bought.  I also keep a personal record of these serial numbers and pictures of said weapons with focused pictures of the engravings (As with my store bought weapons) in the case the weapons are stolen so I can report the stolen items and serial numbers to the police.

I am aware of the various laws that it is illegal to make, a fully automatic weapon, a short barreled rifle (SBR) and a silenced weapon.  I can not be in a business of producing and selling weapons without a Federal FireArms License.  I respect these laws and if I desire to build an SBR or silenced weapon I have to go through the ATF, endure a 6 month process, Pay $200, be investigated, and receive a tax stamp if I pass muster to do so.

From my research if a weapon is used in a crime or mass shooting once it is recovered the ATF or Local Law Enforcement goes to the manufacturer, which then refers them to the distributor, which then refers them to the store that sold it, where the ATF or LEOs get the name of the buyer from the paperwork on file.  Or if the store has gone out of business the paperwork is then forwarded to the Martinsburg, West Virginia ATF office.  Where they find the store’s paperwork and find the owners name.  Then it can be announced if the owner purchased the weapon legally or stole it to commit the crime.  OR the criminal or assailant committed the crime using a home built weapon.

My questions on the above statement is how does any of this help after the crime is committed?  I guess an additional charge of possession of a stolen weapon if it was stolen would deter a criminal.  From where I’m sitting most shooters are killed by the authorities or commit suicide.  If it was a crime committed with an AK-47, AR-15, M-1911, or a P-80 what is the difference if it was a home built one, a store bought one or a stolen one?  A criminal committed the crime and law abiding citizens had nothing to do with it!  Why penalize the law abiding?

Another question I have is are there any studies or compilation of data where home made weapons are rampantly used in crimes or mass shootings?  I bet there are more stolen weapons with their serial numbers ground off that are used to commit crimes vs non-engraved homebuilt weapons.

I understand that people do not mark their guns and thus the “Ghost Gun”. Again if the criminal is caught in the commission of an armed crime what does it really matter if it was marked or unmarked?  It’s still a felony I figure.  Again I ask why does the Government want to penalize law abiding citizens?

If this becomes a regulation all it will do is target/ subject law abiding citizens to group punishment instead of focusing on criminals.  I keep hearing in recent shootings that the FBI or other law enforcement agencies had said subjects on their radars.  If so why wasn’t there some sort of coordination between agencies, maybe a psychiatrist, and a Judge?  Or to go further what has been done to target and stop a criminal mass shooter from committing these acts?  The answer is nothing because it would violate the criminals rights.  Again why penalize the law abiding, but so worried about a criminals rights.

New Year and New 2A Attacks in Virginia.

We are in the 2021 legislative session in Virginia.  The Dems said that there would be no gun legislation mainly because of lobby day last year.  Due to COVID the Various PRO-GUN Organizations couldn't accomplish what they did last year but the Virginia Citizens Defense League did organize a caravan this year to demonstrate and talk to Representatives in both the house of Delegates and the state Senate to persuade them not to vote on anti-gun laws.

Well with all that and the fact these Lying Democrat Leaders in Virginia posted this bill hidden away under public safety and firearms.  They did not have the guts to list it under weapons in the LIS Virginia.  Below please find the text of the bill:

Manufacture, import, sale, transfer, or possession of plastic firearms and unfinished frames or receivers and unserialized firearms; penalties. Creates a Class 5 felony for any person who manufactures, imports, sells, transfers, or possesses any firearm that, after removal of all parts other than a major component, as defined in the bill, is not detectable as a firearm by the types of detection devices, including X-ray machines, commonly used at airports for security screening. The bill updates language regarding the types of detection devices that are used at airports for detecting plastic firearms.

This bill is marginally hysterical.  My reasons for saying this is by the description stated above, Police, The federal Government and individuals that bought Glock hand guns will not be able to operate in Virginia because once you take a glock apart guess what its a plastic frame that may be hard to recognize as a firearm except for the serial Number tag.  Or better yet my carbon fiber Bushmaster Carbon would be illegal as well which I bought legally from my local gun store who was a duly licensed FFL and conducted a NICS background check, after I filled out the 2 required forms.

Now lets talk about 3D printing a firearm lower.  I have a 3D Printer which can print using metal-fill filament.  I can print a 100% lower and serialize it.  Would this be a legal loophole?

Lets talk about the bad 80% lowers.  First off a totally legal Hobbyist item blessed off by the ATF.  You machine the fire control pocket and drill several holes add some parts and you have a lower receiver. and then you can add it to a myriad of uppers.  The only difference between a serialized and non serialized is they know who has one.  Supposedly.  Heres where this gets tricky.  Lets say we order from a manufacturer in another state that does engraving also.  You order an 80% lower with your own engraving on it.  The out of state manufacturer has satisfied the rules and regulations of the ATF, and is not answerable to Virginia unless Virginia makes it illegal for said manufacturer to do business or send said type of lower to Virginia.

Again Democrat Politicians still think that you can get a glock through an X-ray machine, You can build a homemade weapon without machining any parts, and plastic guns won't blow up in your face 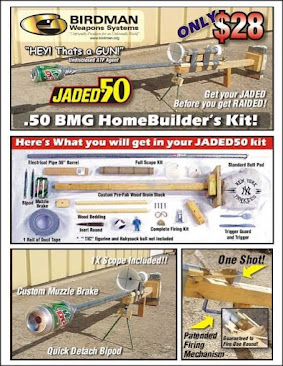 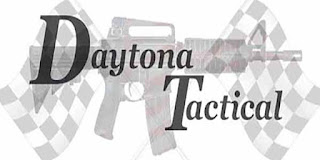 Recently I ordered an AR-kit from Daytona tactical.  They had a good price and I liked what I seen.  I e-mailed them and asked if they had a military discount and received a prompt reply that they did not but offered free shipping.  So I ordered it.  Turn around time from ordering to receiving was about 7 Days.  This is when the problems started.  I opened up the package and I did not receive a bolt carrier group.

I immediately called Daytona Tactical, and they are not taking calls because of Covid and an increase in sales.  So I sent an e-mail asking if I was mistaken if there should be a BCG and just missed the fact because I could not find it in the ad on the online store.  It sure looked like a BCG was included on the picture.  I received no answer.  Finally after 2 more e-mails and getting crickets, I said I was going to call the Better Business Bureau, the Florida Attorney General, and the Virginia Attorney General because this is fraudulent interstate commerce.

Then I got an answer.  That they don’t always monitor their e-mails and that they would have bolts in later on that week.  That was two weeks ago.  If you want Quality at a good price, and great customer service you need to go somewhere else because Daytona Tactical is not it.  My next calls on Monday will be to the Better Business Bureau, Daytona area Chamber of Commerce, Florida Attorney General, and the Virginia Attorney General.
at 3:36 PM No comments:

If you are un-aware In November after the elections Governor Northam came on the news in a press conference saying that Virginia is now a state of Democrats.  He also went on to declare his initiatives for 2020 which included Assault weapons bans, Magazine capacities, Background check measures and others.

During the work up of the house of delegates out came SB-64 which is an anti militia law that could cause problems for shooting instructors, Karate instructors, Friends shooting together, and even taking your kid out for a Youth Day Hunt.

Mr Northam by drawing his line in the clay had at that point infuriated the population of Virginia and fanned the flames of revolt.  As of this writing a combination of 90 counties, cities and towns have become 2nd Amendment sanctuaries in the State of Virginia and more are voting every day in the days left in Virginia.  All together there are 95 counties 5 of which will not vote on it.

In light of this there have been threats to Virginians that are pro 2A from the Governor and the Attorney General Mark Herring.  These threats have included Cutting Federal Funding, Calling out the National Guard to search for weapons, Aiding and Abetting Felons charges, Having electricity and phone services cut off.

One thing that I thought was Funny was the governor said that the prospect for new business in Virginia would be hurt by 2A sanctuary because it shows that Virginia cant enforce their own laws.  Again Wrong.  Whats actually showing is that the people of Virginia are telling our State Government "NO GUN CONTROL".  If these laws pass it says to the world that Virginia Government doesn't listen to its people and can not be trusted.

Heres the Kicker.  It has not even been voted on yet and these two are already threatening We the People.

Some say that the Sanctuary declaration is merely a symbolic gesture.  In my own observation this is the 90 different lesser governments utilizing their First Amendment rights by telling our representatives that we do not want George Soros, Michael Bloomburg, Ralph Northam, or Mark Herring dictating and interfering with the constitution of the United States and the constitution of Virginia.  Likewise we the people do hear what they are saying but we are rejecting it.  They were elected to lead the Commonwealth and represent the people of Virginia.  They are not a monarchy or a dictatorship.  Which these two are implying they are.

Mr. Northam, Mr Herring and all representatives in January if you vote on laws, sign them and then enforce them that are against the wishes of a standing majority of Virginians to represent a minority and out of state billionaires you have then betrayed the trust of the people of Virginia, and hence you are traitors.

This is a Richmond County Supporter: 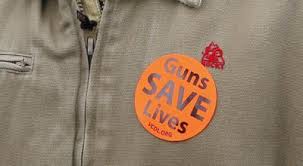